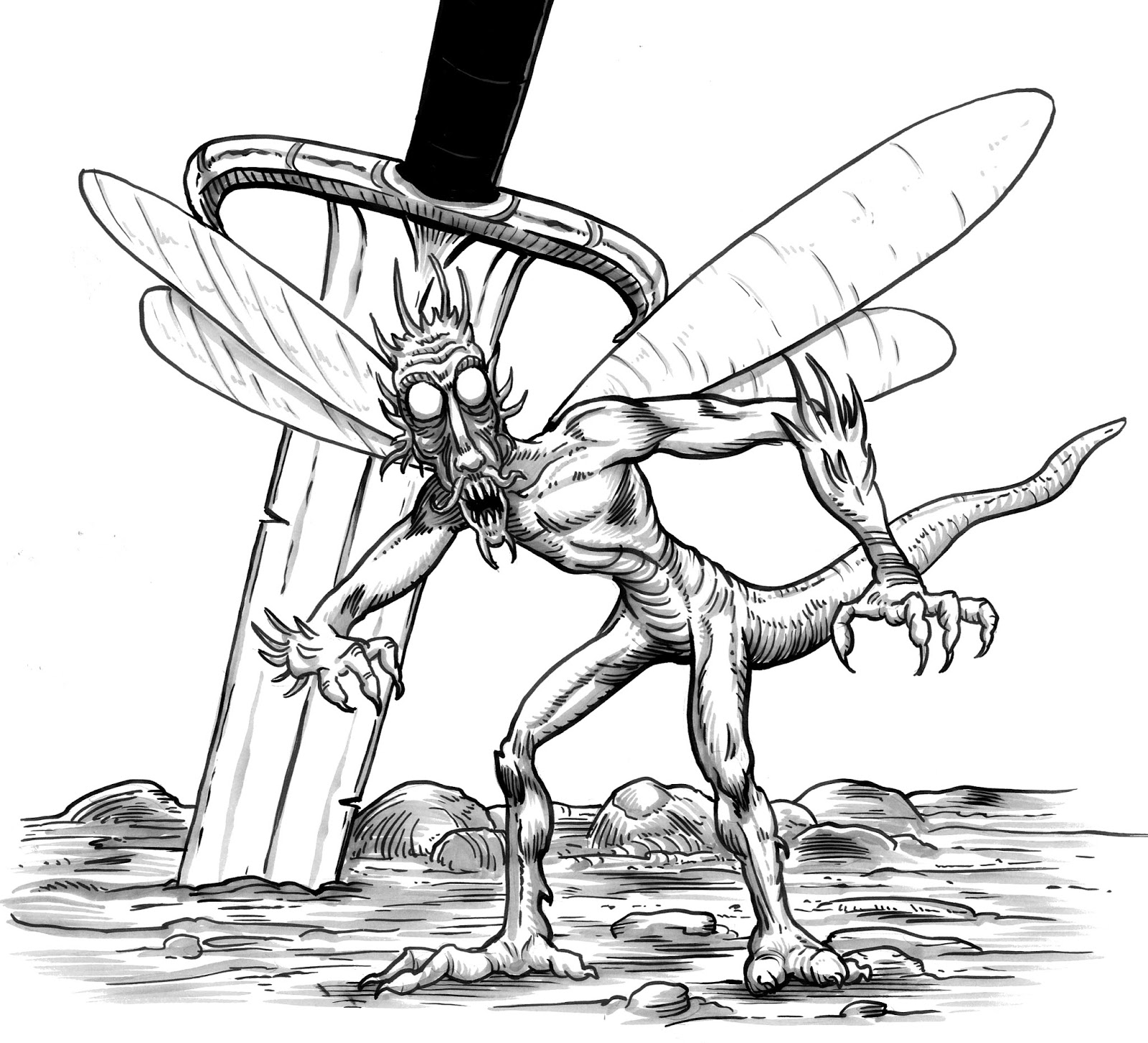 Number Appearing: 10-100 (per hive)
Size: 6" tall
Armor: Hover, dart about at blinding speed
Resilience: As delicate as can be
Intelligence: Give the appearance of higher level of intelligence than they actually possess
Communication: Buzzing speech seems extremely complex and nuanced but they really don't have much of substance to say
Disposition: Hateful, only laugh when they come across trapped victims and oh what a terrible sound it is
Violence: Tiny claws, bite w/relatively weak paralytic saliva, by tiny weapon
Enemies: Bothersome dungeon residents and intruders
Aims: Dungeon fairy supremacist ideology hard-wired into psychology, unshakably bigoted against everyone else
Peculiarities:


Treasure: No interest in wealth themselves, but territories littered with the discarded goods of otherwise completely processed victims
Posted by jasons at 9:27 AM