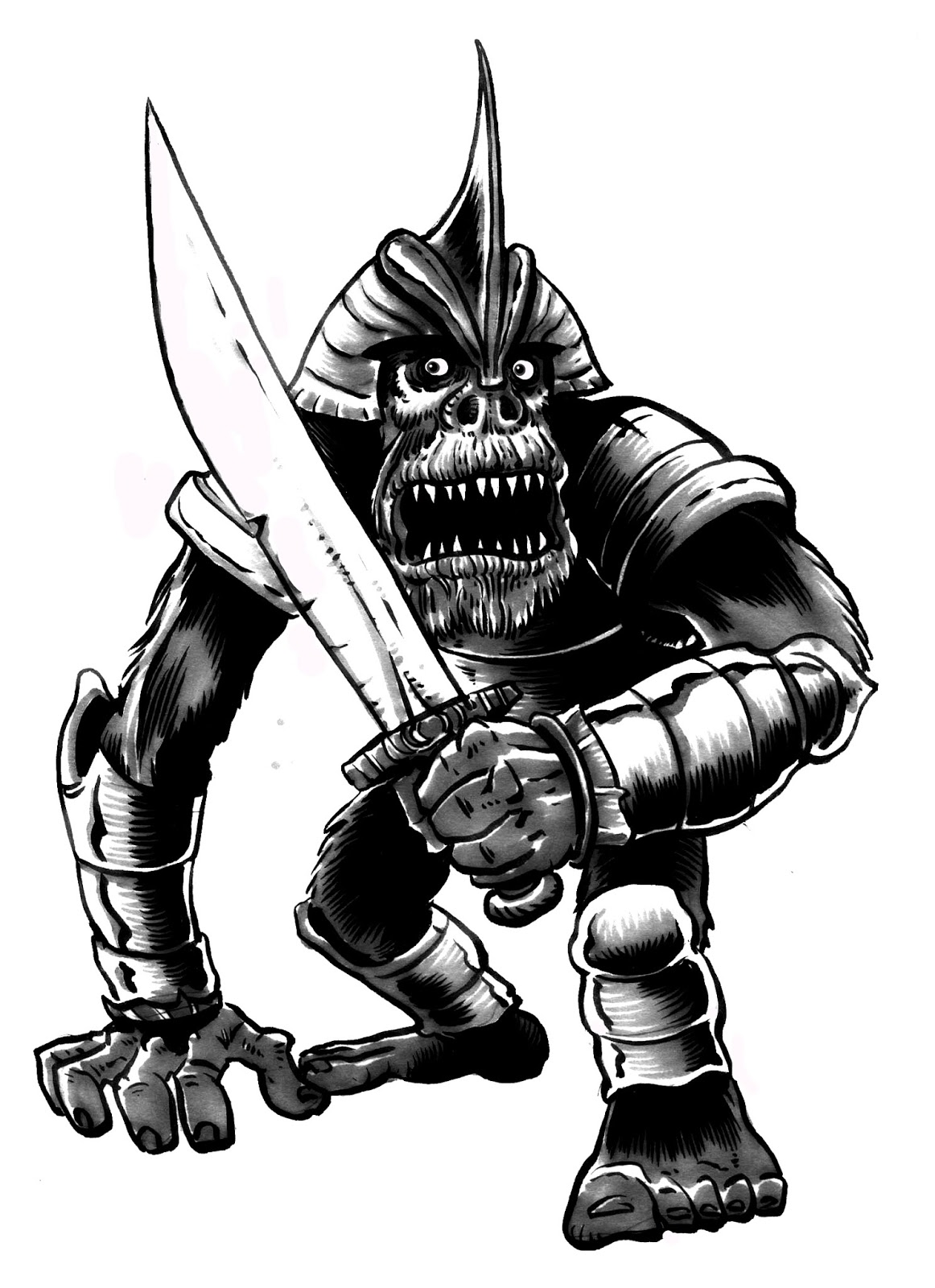 
Treasure: Ape-bronze weapons and armor, while unusable by human-size creatures, can be reforged into superior arms and armor (equivalent to enchanted items), a fortune in gems