GHULUKUROS, War-God of the Science Fungoids 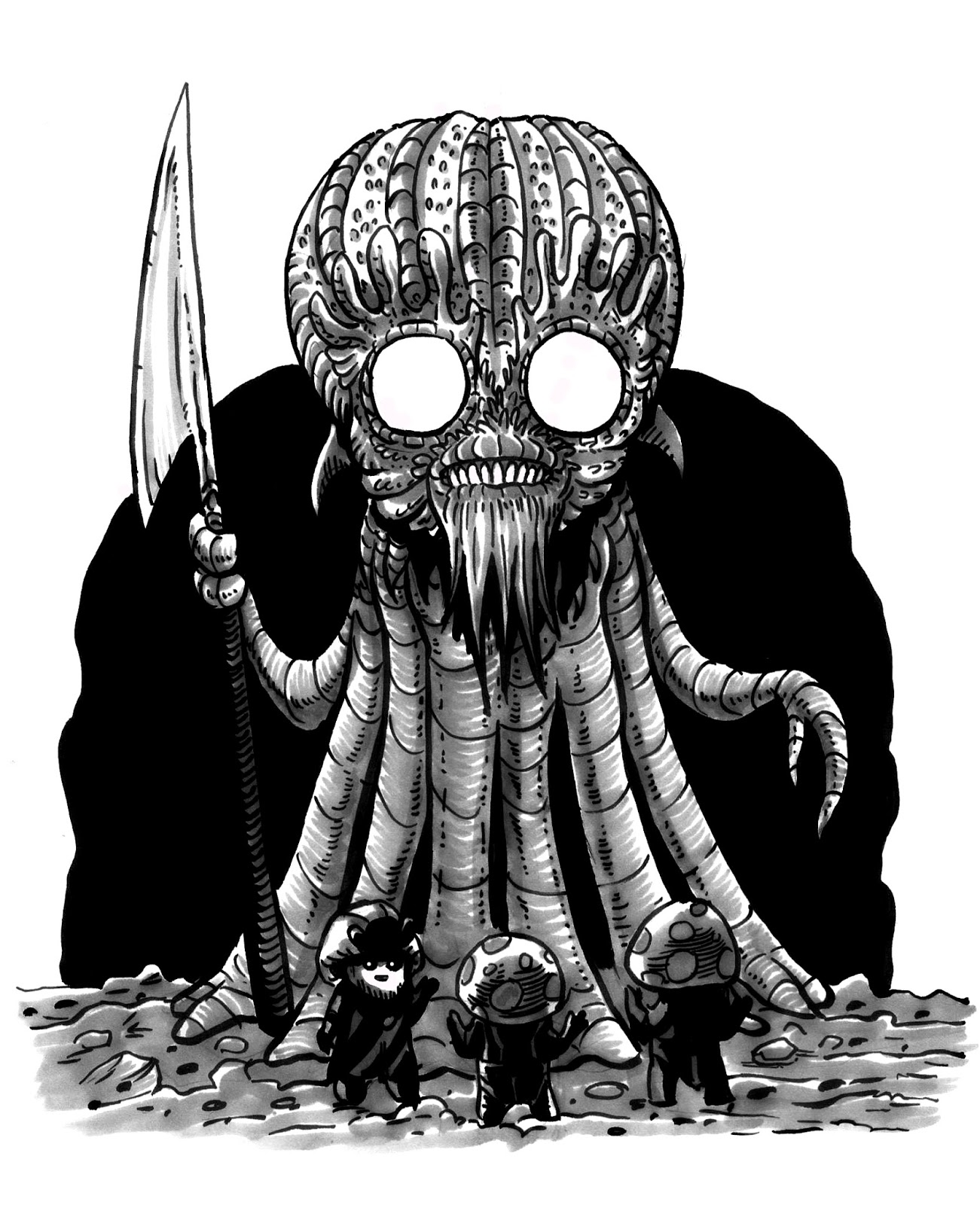 Number Appearing: Unique
Size: Approximately 20ft. tall
Armor: Hide like elephant leather, only damaged by enchanted weapons, immune to most spells (anti-magic miasma)
Resilience: Able to absorb as much damage as any 3 giants, regenerates
Intelligence: A genius when it comes to fighting, less so as regards all other subjects
Communication: Emits piercing war-cry only but in many subtle nuances
Disposition: Grim determination
Violence: Enchanted Glaive of Dismemberment able to slice a dragon in half in a single blow, noted for sending limbs flying hither and yon, also lashes out with mighty tentacles if faced with multiple foes
Enemies: Chaos godlings of the Underworld
Aims: Eradicate any who might threaten the interests of the Science Fungoid civilization
Peculiarities:
Treasure: The Glaive of Dismemberment, laden with eldritch martial energies, while unusable by human size creatures, could capture a fortune from the right giant-size buyer
Posted by jasons at 2:04 PM