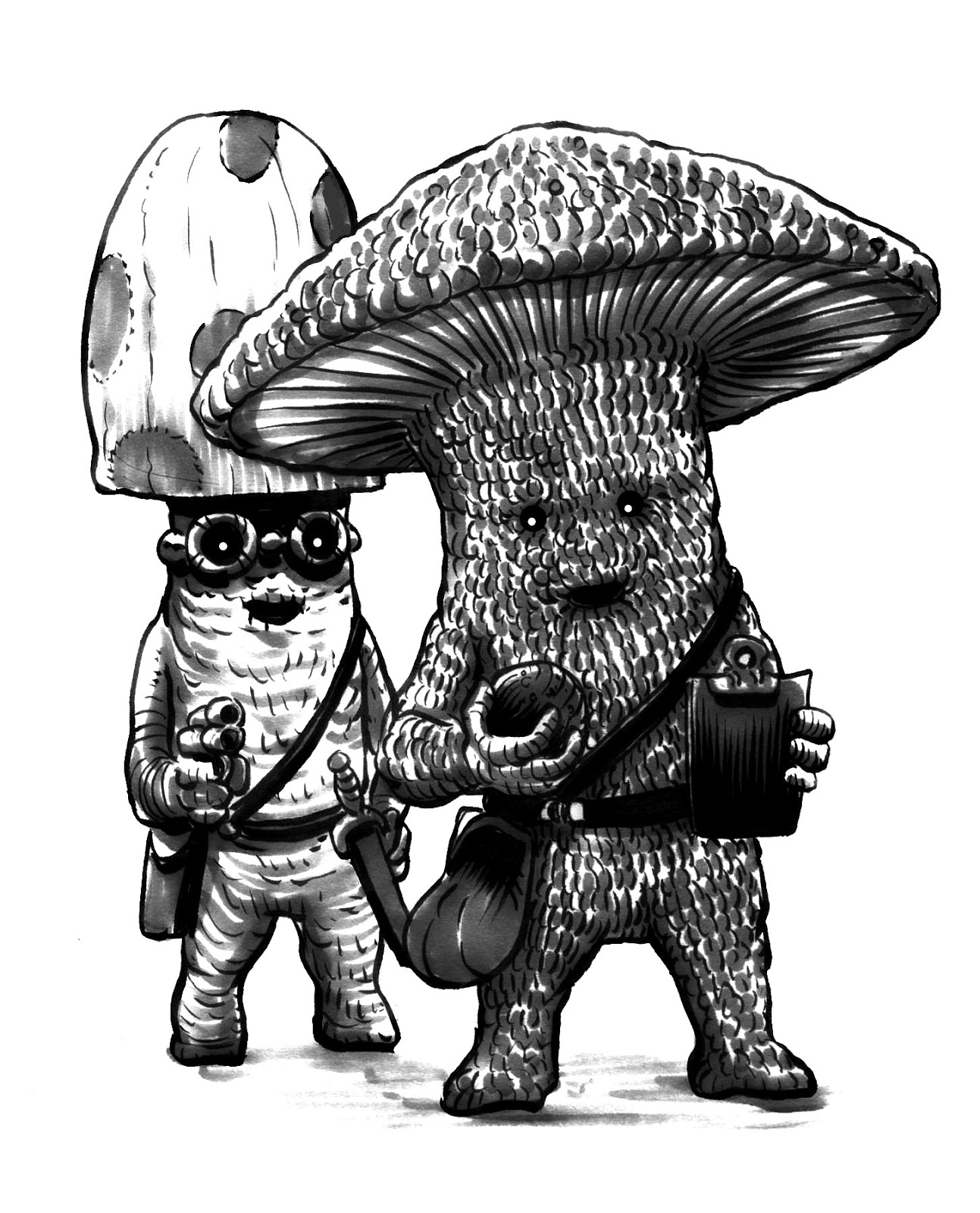 Treasure: Generally carry enough ready cash in a wide variety of Underworld currencies to grease the wheels of diplomacy, sacks of experimental fungi as noted above

Sample Experimental Fungi  (for OD&D/Swords & Wizardry/that kind of thing):
The (exceedingly grim) anti-personnel puffball grenade
These roughly fist size fungal spheroids burst when met with any sufficient force (such as hitting the ground after a toss) and project a cloud of spores in a 10' radius. Human or human-like creatures exposed to this cloud must make a saving throw or roll 1d6. On a roll 1-4, consult the random result table below. On a roll of 5-6 the victim swells into a giant puffball and explodes the next round, throwing off a 20' cloud of spores. Any within this radius must roll for their lives as above.
Random result table
d4
1. Sudden fungal bloom from within body (perish with maximum unpleasantness in 2 rounds unless magically cured)
2. Funganthropy: victim's form copied (very imperfectly) and replaced by fungal tissue, transformation complete in 1 turn, insane rampage of random violence commences shortly thereafter, hit points doubled due to fungal resilience
3. Victim rooted to the spot by fungal tendrils from legs, fuse completely into immobile stalk in 1 turn, head broadens into cap shape, its all over
4. Puffball fungi begin to grow at alarming rate from every inch of victim's skin, dexterity compromised by -1d6, charisma rendered null and void. Can be carefully shaved off to relatively decent effect, but process must be performed at least thrice daily to mitigate otherwise appalling hideousness and clear and present danger to companions.
Posted by jasons at 7:17 PM